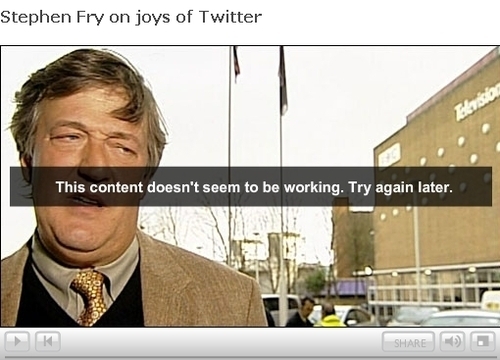 Around 10.00 PM GMT I followed Pete Cashmore’s twitter link to the BBC report Stephen Fry on Joys of Twitter - only to be greeted by the image of Mr Fry seemingly gagged by an unsightly banner across his north and south. Is this evidence of some kind of Twitter Effect or just mere coincidence? Answers on a postcard to PO Box www.bbc.co.uk/QI